The Atwood House is unchanged from when it was built and is furnished throughout as it was during the 18th and 19th centuries. The Chatham Historical Society acquired the house in 1926 and museum galleries have been added to the original structure without affecting its integrity including the Chatham School Bells display and the Chatham Light Display.

Guglielmo Marconi built a high powered wireless station here in Chatham in 1914. The station was paired with a station in Norway to provide wireless communication between the two continents, using Morse code. The exhibit gallery tells the story of the station from its construction in 1914 to its closing in 1997 and the story of some of the more recent and intriguing uses of wireless technology.

The Atlantic White Shark Conservancy’s Shark Center is both educational and inspiring. The virtual reality shark encounter is a big draw. Visitors leave with a greater understanding of the importance of public safety programs and conservation of the species.

The Chatham Railroad Museum is located in the amazingly restored railroad depot, which dates back to 1887. The Railroad Gothic Style building contains hundreds of exhibits and the New York Central model locomotives used in the 1939 New York World’s Fair. The museum is child friendly.

The Eldredge Public Library opened in July of 1896 and today provides library services for Chatham residents and visitors in a beautiful historic building on Main Street.

The Orpheum Theater opened in 1916 as Chatham’s first and only movie house. Today, the Orpheum is a non-profit community theater with two screens, comfortable seats and features first-run major motion pictures along with independent productions and documentaries with all the traditional concessions including popcorn with real butter. 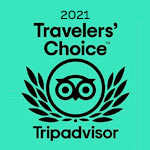